The Yongsan International School of Seoul (YISS) project was initiated through the work of a task force organized by the Ministry of Commerce, Industry and Energy (MOCIE) in May 2003 as an effort to improve the educational environment of foreign families in Korea. In December of 2003, the task force identified the expatriate community’s need for a school, which was then addressed with a decision by the Foreign Investor Committee to consider the funding and establishment of a new school.

In 2004, the Korea Foreign Schools Foundation (KFSF) was created with the approval of the MOCIE to establish, operate, manage, and administrate Yongsan International School Seoul (YISS), a new international school facility in Hannam-dong. According to the KFSF, "the mission was to establish a renowned, world class educational institution for the children of foreign investors in Korea in efforts to stimulate foreign direct investment which [would] be mutually beneficial to both the Korean economy and the foreign investors as well.”

In 2006, YISS was established. The project was supported by financial contributions from the national government and businesses. The KFSF leased the land for the campus from the Seoul Metropolitan Government and built the school facilities. The operator selected by the KFSF was the International Christian School of Seoul (ICS), which NICS/Oasis had been operating in Korea since 1990 and had an enrollment of over 500 students. ICS - Seoul then moved to the new campus and changed its name to Yongsan International School Seoul (YISS).

Since the move to the current campus in 2006, YISS has doubled in size, increased its Advanced Placement (AP) course offerings, and added many other programs. YISS has maintained a curriculum and climate which reflects the Christian values upon which it was built; however, after being selected by the KFSF, the school began offering parents a choice between a secular track (Oasis) and Christian track (NICS).

The KFSF has remained active in the operations of YISS by providing continued support, guidance, and scholarships. The KFSF has expanded its buildings and facilities in order to further develop and improve the school. Enhanced facilities have enabled YISS to offer more classes and broaden the curriculum, thus greatly increasing the competitiveness of the school. 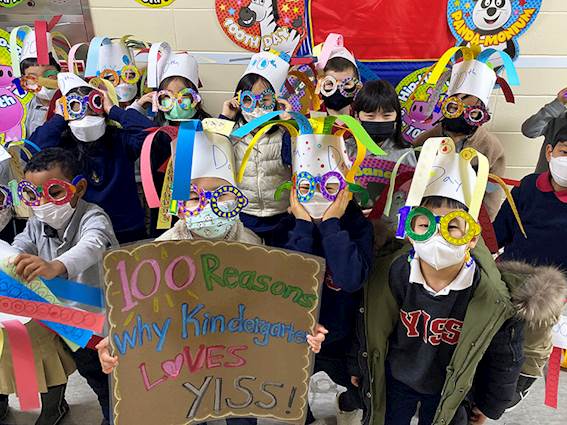 100 Days and Counting in Kindergarten
The kindergarten classes celebrate the 100th day of the school year on February 2. 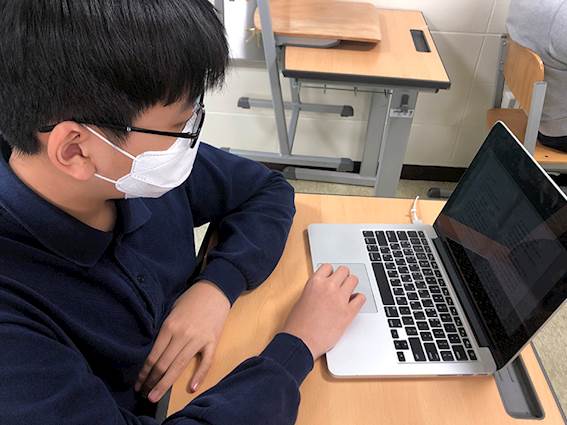