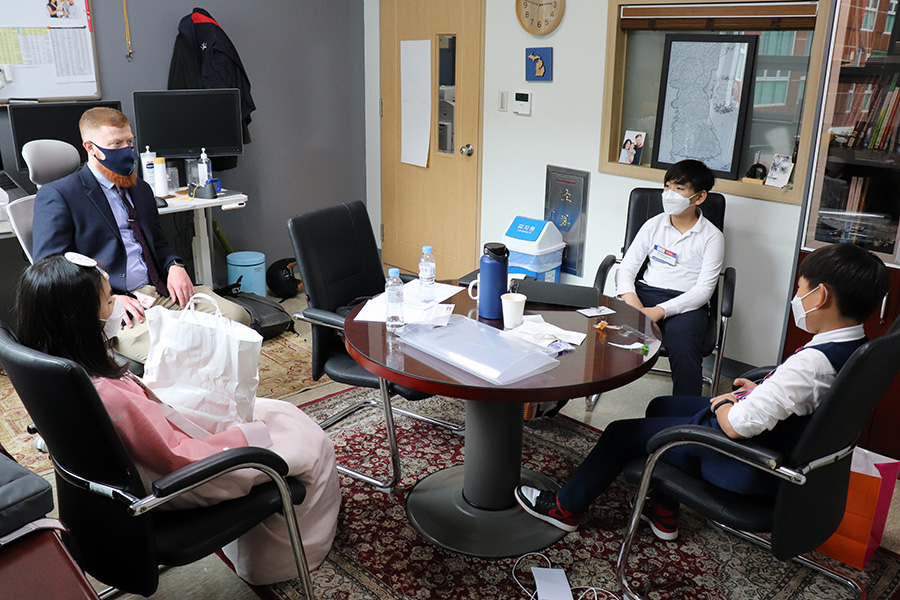 During the last week of April, four elementary students had the opportunity to walk in the shoes of their principals, chaplain, and librarian. The winners of the For-A-Day activity were selected from random out of the names of all ES students who achieved the highest level of participation during this year's Read-a-Thon and were announced at the closing celebration. The Principal-For-A-Day was Noah S., the Assistant-Principal-For-A-Day was Vivien G., the Chaplain-For-A-Day was Anthony K., and the Librarian-For-A-Day was Naomi H. 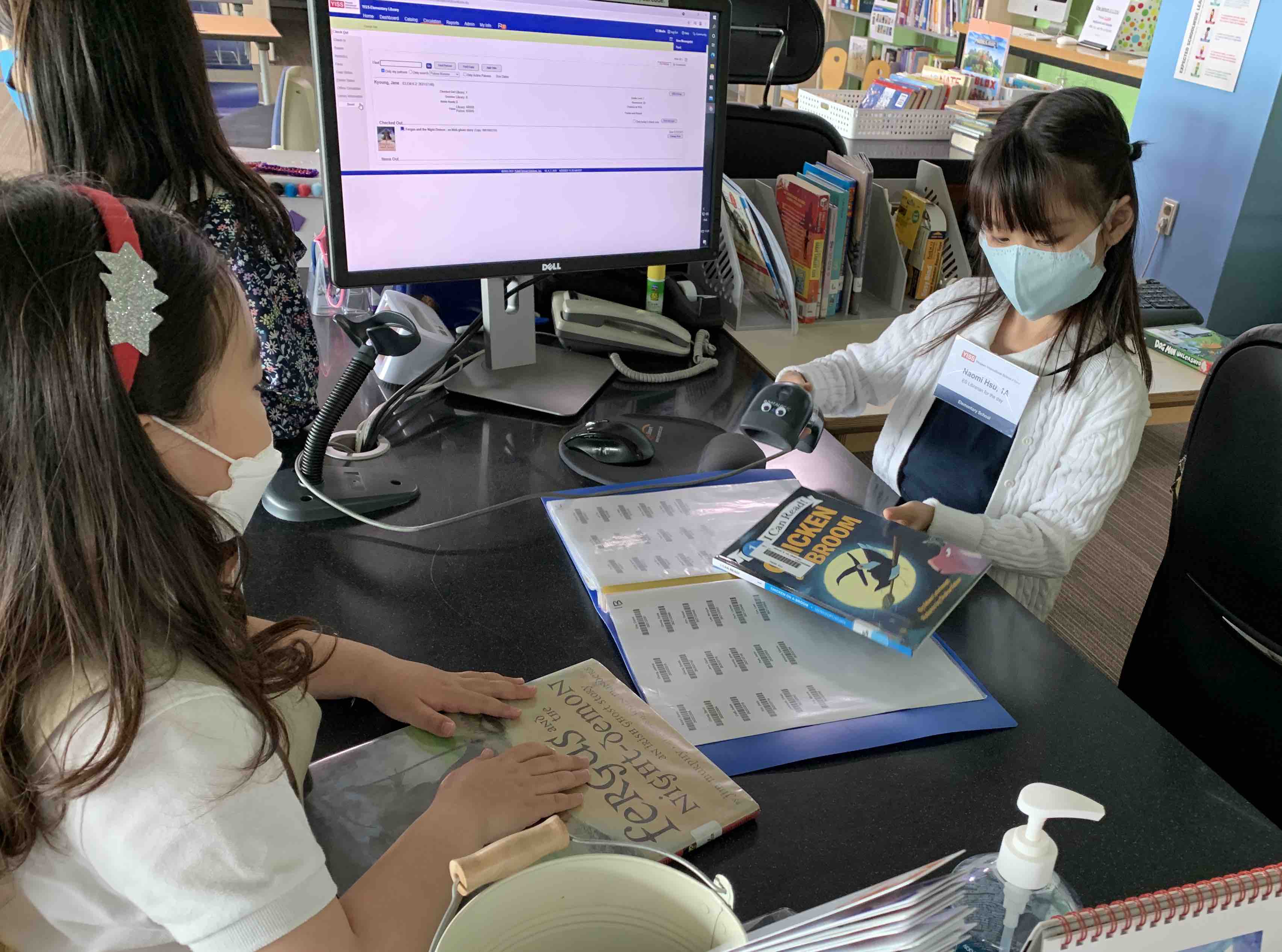 The winning students started the day off with a staff meeting, made some student activity decisions for the day, declared extra recess and ice cream for all students in ES, and then made the announcements using the ES intercom system. 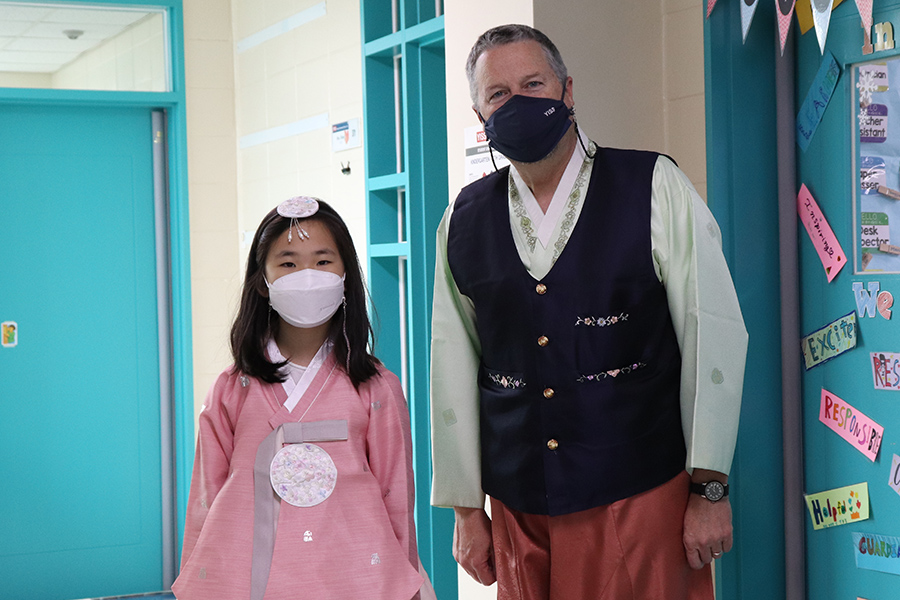 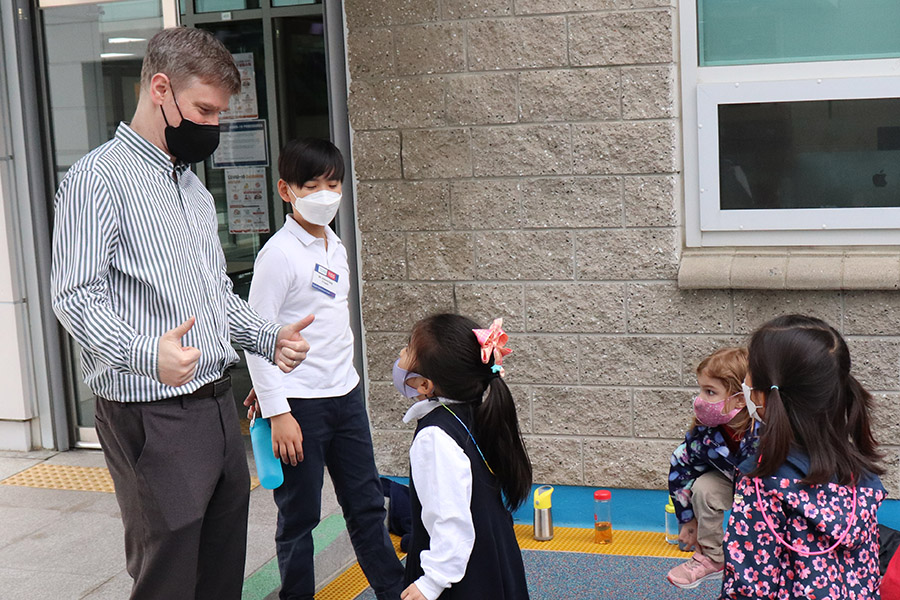 They circulated around the entire campus doing classroom observations, monitoring recess areas for the younger students, and passing out ice cream for every ES student on campus. They led an ES admin discussion at lunch, reviewing the activities of the morning and making plans for further engagement during the afternoon. They helped set up for the Celebrate Korea Taekwondo demonstration, helped with clean-up afterward, and had their pictures taken with the athletes. By one student's count, they walked over 13,000 steps that day! 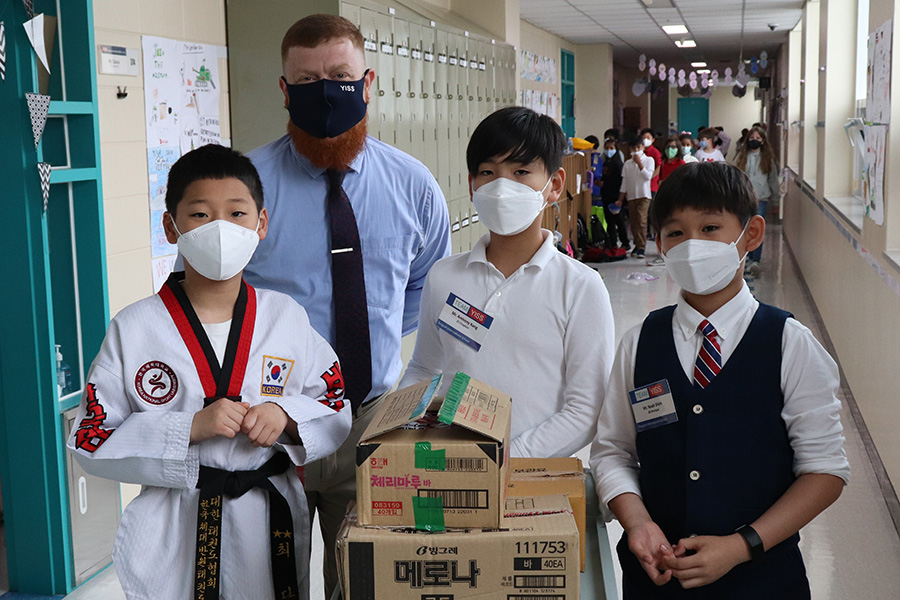