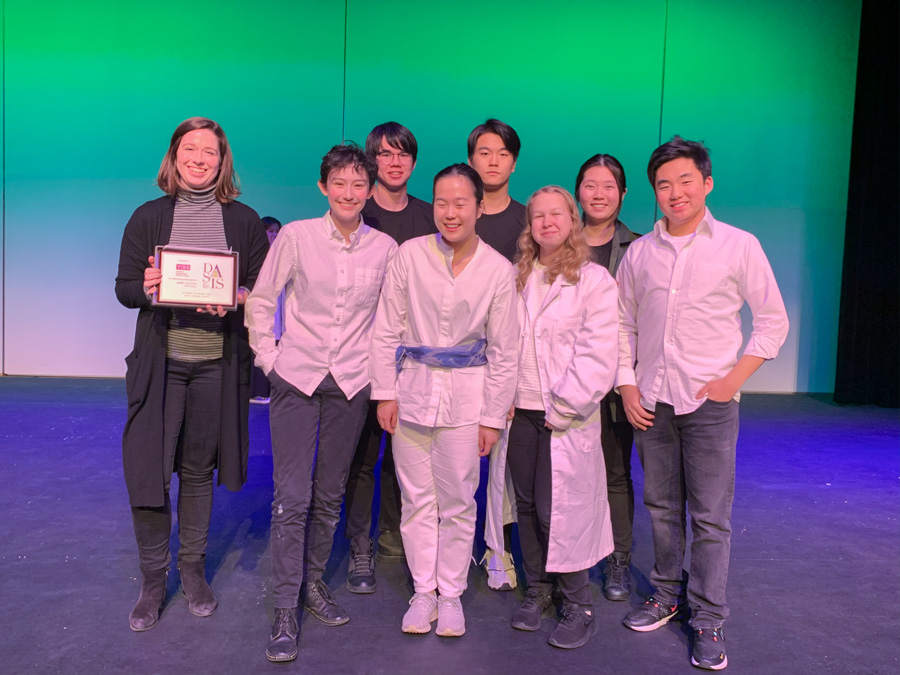 In January, the international school theatre community in Korea hosted the DASIS Festival. DASIS, originally ASIS, was founded in 2015 by a group of international schools to encompass all performing and musical arts. In 2018, "D" for "Dramatic" was added to narrow ASIS's focus to the dramatic arts. Since 2015, the number of participating schools has grown to 12. The first festival was held at Dwight International School and has been hosted by a different school each year. This year, Seoul Foreign School hosted the DASIS festival, where students had the opportunity to learn from teachers and peers from across the country. 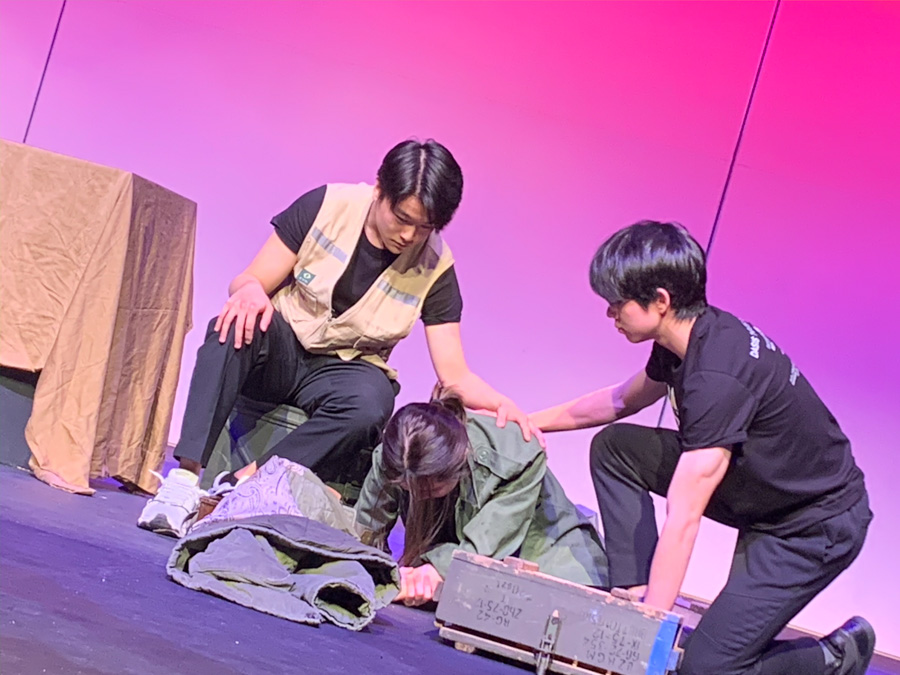 YISS students arranged and directed their own 10 minute production based on fragments from a contentless scene. Starting in December, and working up until the festival on January 18, our students combined their individual skills and imaginations to showcase an apocalyptic teen-novel inspired piece complete with lab coats, alarms, and a rebel uprising. 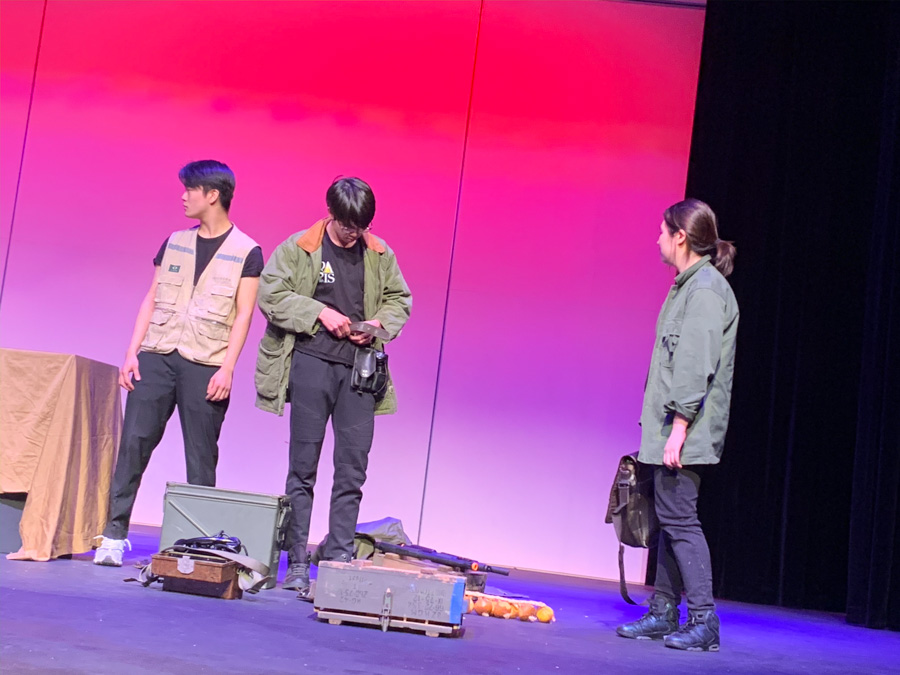 Throughout the day, students also participated in workshops and met with other drama students from our neighboring schools. Some students chose to paint sets and others perform monologues. The points collected from participating will count towards their merit hours for theatre through the International Thespian Society (ITS). Two students earned their invitation to the society due to their dedication to arranging the script and directing their peers to meet and rehearse before the festival. The festival cultivated our students’ love of the arts and inspired our theatre students for future productions at YISS.