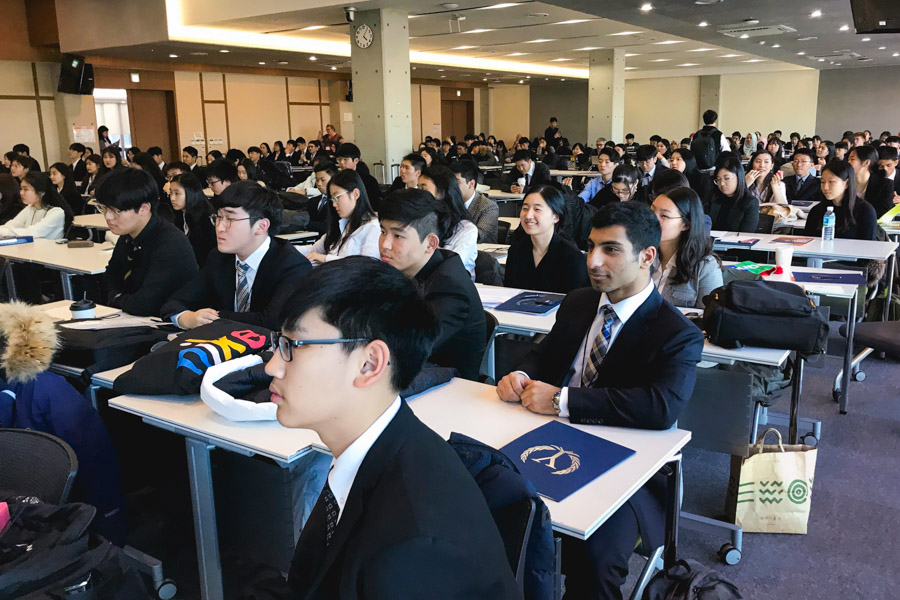 From Friday, November 29 to Sunday, December 1, the YISS Model United Nations (MUN) team competed in the Yale MUN Korea Conference, held this year at the prestigious Seoul National University. Now in its eighth year, Yale MUN Korea involved over 250 delegates from 10 different countries and has established itself as a premier conference on the East Asian Model UN circuit.

Our relatively inexperienced 22-member team, which included 13 first-time delegates, represented YISS extremely well at the annual conference, continuing our team's tradition of excellence. YISS student delegates participated on seven different committees (including the Security Council, the United Nations Human Rights Council, and the International Court of Justice) and on a range of issues (Air Pollution in Developing Countries, Conservation of Coastal Environments in the Global South, Economic Empowerment for Young Women, and Drone Warfare). The YISS MUN team captured awards on every single committee! 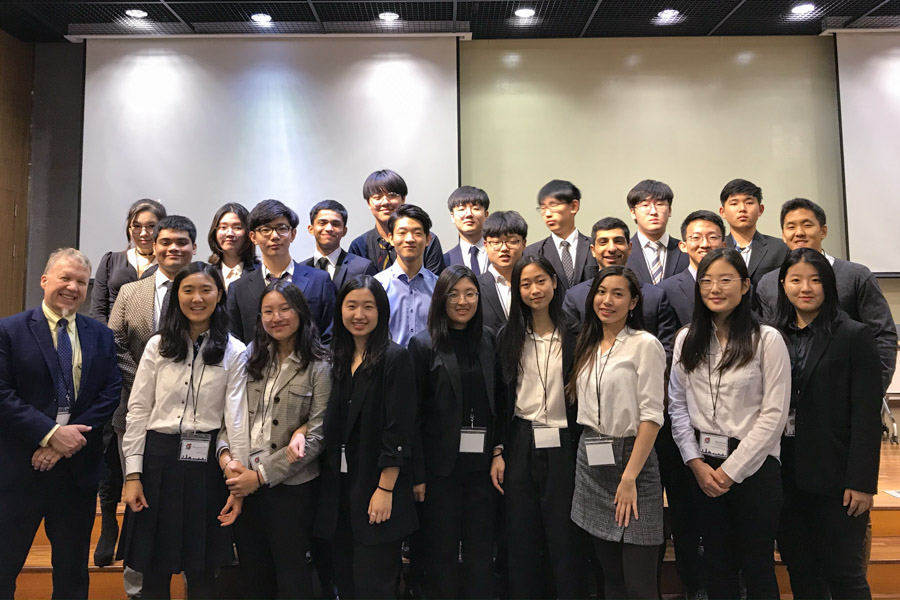 Mr. Biersteker and Mr. Son would like to commend the whole team on a job well done and congratulate the following students on their individual awards:

Knowing that six of these award winners were participating in their very first MUN conference, it appears that the ongoing success of the YISS Model UN team is a very likely possibility. The MUN is scheduled to compete in GECMUN from February 14-15, 2020 and in DartMUN from April 3-5, 2020.