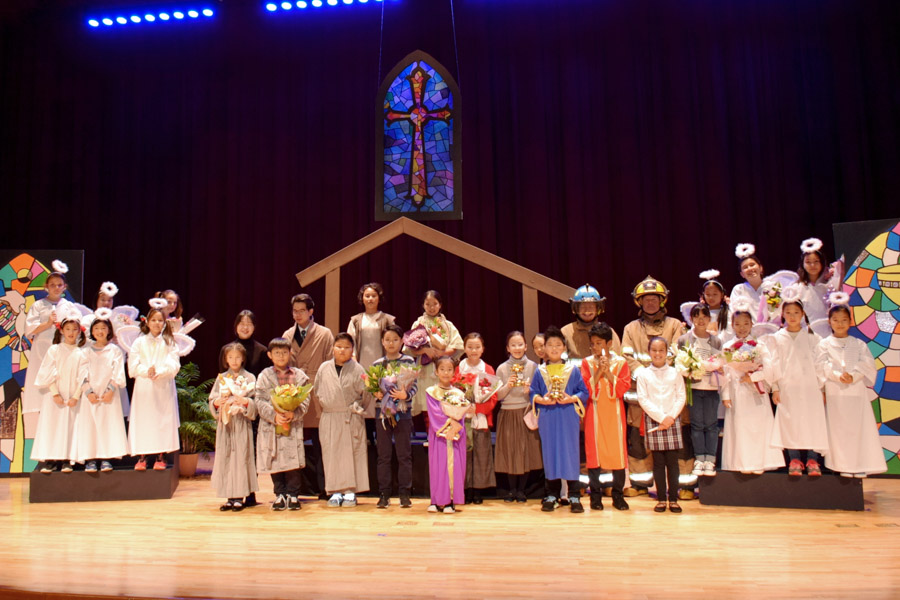 This year, the Elementary After School Activities (ASA) program offered a theater activity that culminated in a performance of "The Best Christmas Pageant Ever" by Barbara Robinson. In the months leading up to the show, students developed their acting skills and learned about various elements of production. Some of the skills that they worked on included projection, inflection, improvisation, physicality, and memorization. Rehearsal time also included blocking, staging, and character development.

Behind the scenes, there was a team of faculty and parent volunteers who were working diligently to make sure the show was a success. The volunteers spent evenings and weekends helping to construct and paint set pieces. They also collected props and costumes and assisted backstage during performances. 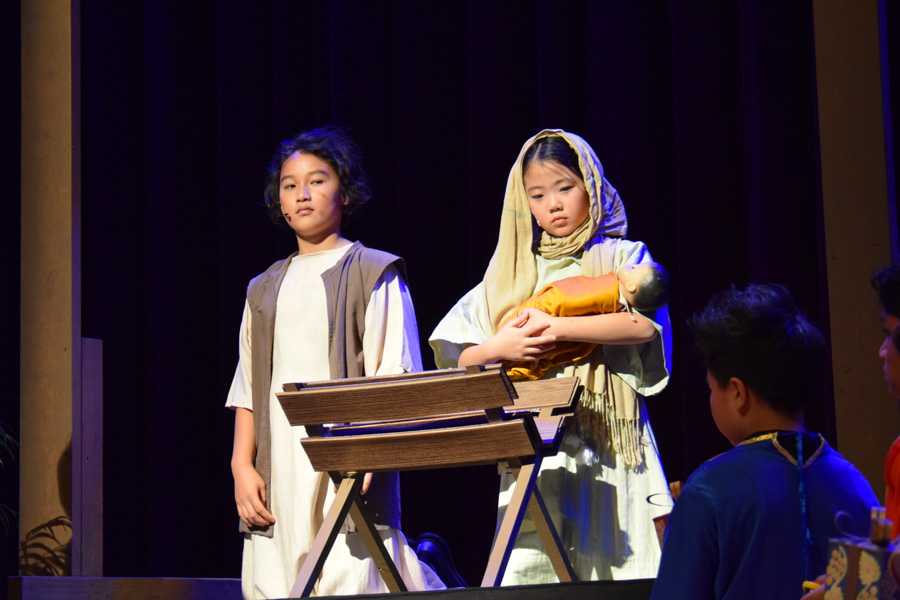 All of this hard work culminated in a beautiful and heartwarming production directed by Ms. Melissa Moon, KA Teacher and Ms. Anna Smith, ES Counselor. The students performed twice, once for the entire elementary school and once for the general public. The students did an excellent job presenting this story of love and acceptance to the YISS community. It was a fantastic way to start the Christmas season.