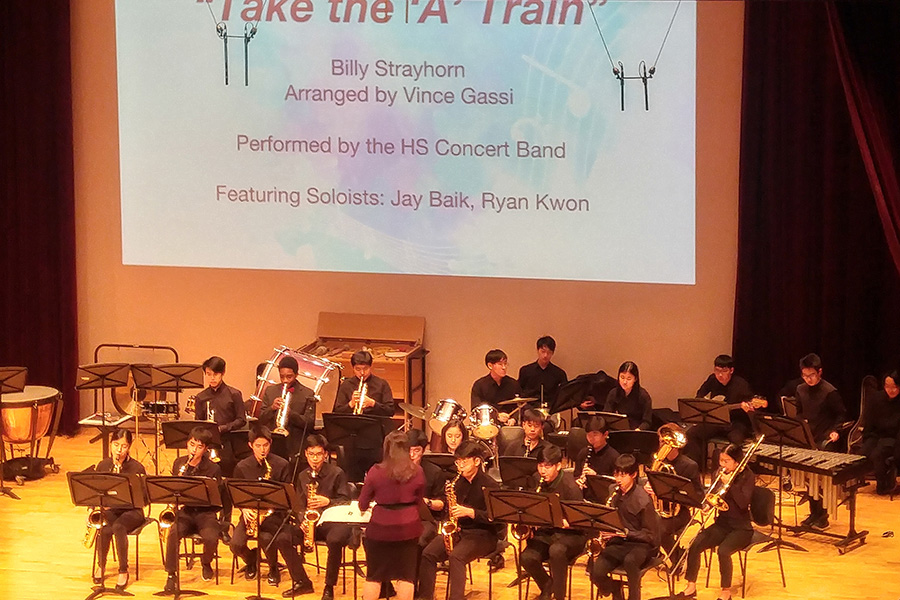 On February 26, music filled the auditorium once again with the sounds of the high school bands and the middle school wind ensemble. The middle school wind ensemble took the stage first with an American folk-style set, followed by a blended song based on the American folk tune "Simple Gifts" and the Korean folk tune "Arirang." The group finished their portion of the evening with a playful piece about the difficulties of playing the clarinet. In this feature piece, the clarinets, who don the main melody, start to pack up their instruments bit by bit as the song goes along. This song, entertaining to the audience and performers alike, was a great piece for the group to end on. 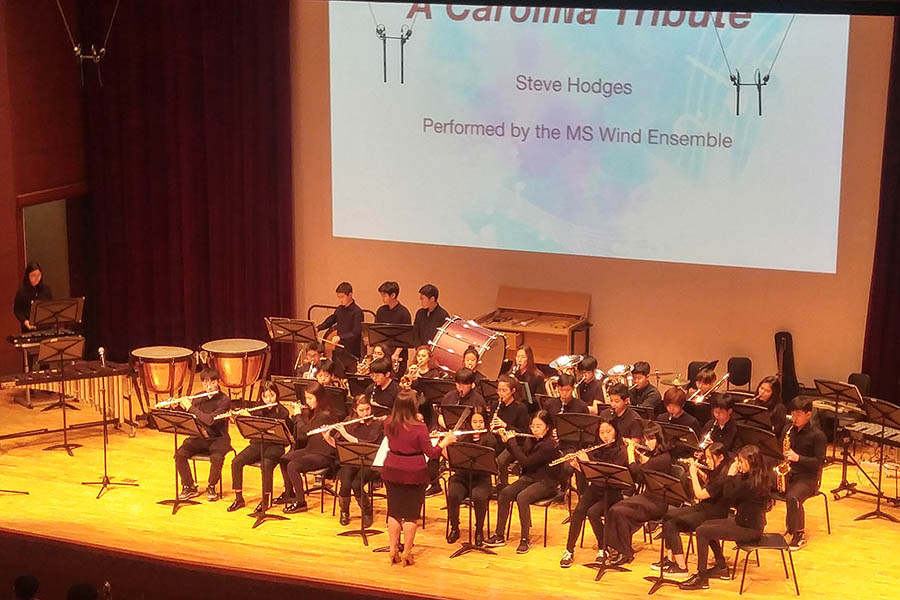 Between the middle school and high school bands, two groups were featured. First, the flute section from the high school band, played "Minuet" by Franz Joseph Hadyn, followed by a flute, clarinet, and piano trio, which played "Waltz III" by Dmitri Shostakovich. The high school band took the stage next with three pieces. The songs featured a medley of famous opera songs, an exciting escape, and gravity-defying melodies.

The high school concert band seemed like a difficult act to follow, but the next group to perform came confidently and presented the famous jazz tune "Birdland." The Jazzed club is a student interest club that meets once a week to practice and experience the joys of jazz.

Last to take the stage was the high school jazz band. The set began with the jazz standard "Take the A Train," followed by "Big Beat," a song written in the style of Gene Krupa and his band. After laying down the "big beat", the jazz band finished off the evening with the help of guest singer Emilie Chardonnay on the song "Feeling Good." The night was enjoyable for all involved, showcased the talents of many YISS musicians, and brought a little warmth into the month of February.