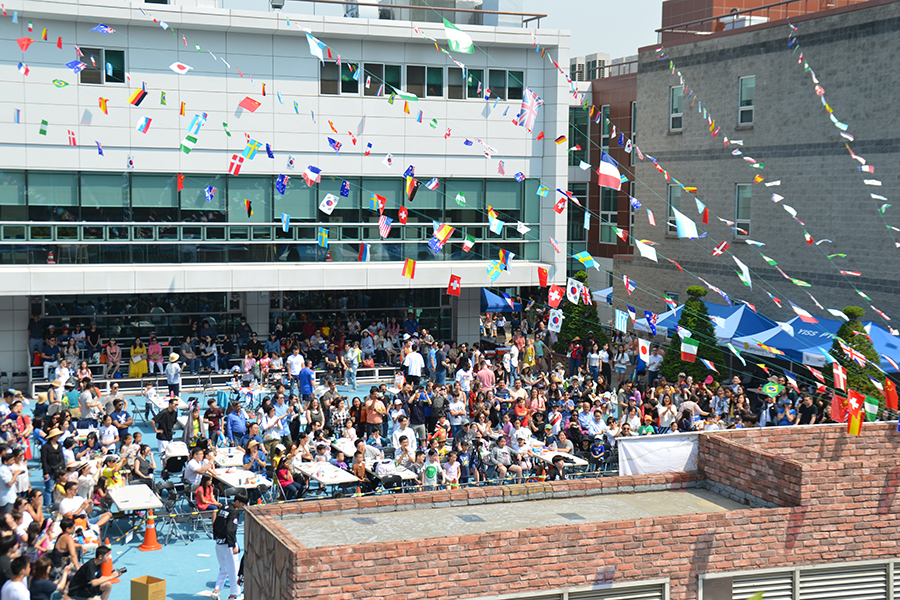 The 2019 YISS International Bazaar took place on Saturday, May 11, which turned out to be a gorgeous, sunny day. Organized by the YISS PTO, the event is held annually to celebrate the school’s cultural diversity. With food, games, performances, and more, the bazaar offered something for everyone.

The courtyard housed 16 international food booths, which was one of the biggest draws of the event. Some of the favorites were the Indian food provided by Chakraa (a local restaurant), the takoyaki and okonomiyaki made by Japanese parents, and the burgers and hot dogs grilled by the Dads’ Club. Foodies could also enjoy Mexican, Thai, Uzbek, Vietnamese, and other delicious food from around the world.

Throughout the lobby and behind the courtyard, 35 vendors sold new and used items, as well as advertised local businesses. Shoppers could buy handcrafted items, learn about enrichment programs, or even get a free massage! In addition to buying goods, many enjoyed taking a chance to win one of over 400 raffle prizes in the raffle and silent auction.

The first event to take place on the main stage was the Parade of Nations, which was a fantastic opportunity for students to wear traditional garments and costumes while proudly waving the flag of one of 61 nations that represented YISS families. Some represented their own countries, but others got their moment in the limelight by being the flagbearer of another country. To view the Parade of Nations, click here.

Shortly after the parade, a lively cultural show featuring music and dance from around the world took place on the courtyard stage. Besides the performances by YISS students and teachers, there was a special taekwondo presentation from the talented martial arts students of the Korea National Sports University. To view the cultural performances, click here.

This year, largely due to the unusual heat, the Kids’ Activity Zone on the soccer field was packed with children playfully attacking each other with water guns, which sold out just a few hours after the bazaar began. Along with the usual bouncy castles, a new addition for this year, which was met with much enthusiasm, was the inflatable water slide. There were also giant Zorb balls and other games run by high school clubs to keep the kids occupied for hours.

The International Bazaar created a strong tie between YISS families and the local community. More than 2,500 people mingled and enjoyed the day together, and over 160 YISS parents and staff members volunteered many hours to make the event successful. Special thanks go to our International Bazaar Co-Chairs Jisong Kim and Sookyung Kim for their amazing leadership and dedication and to the many teachers, staff, parents, and students for their involvement and support. 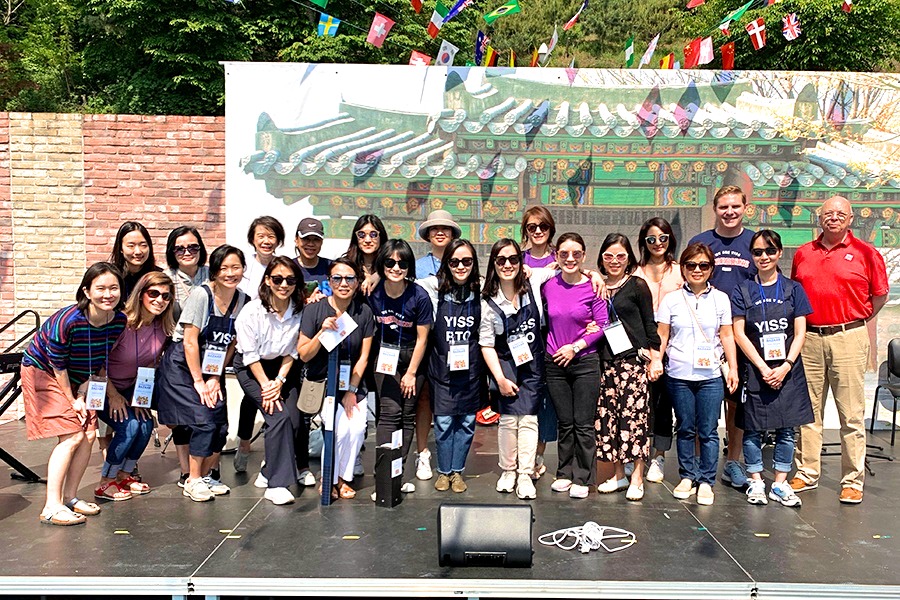 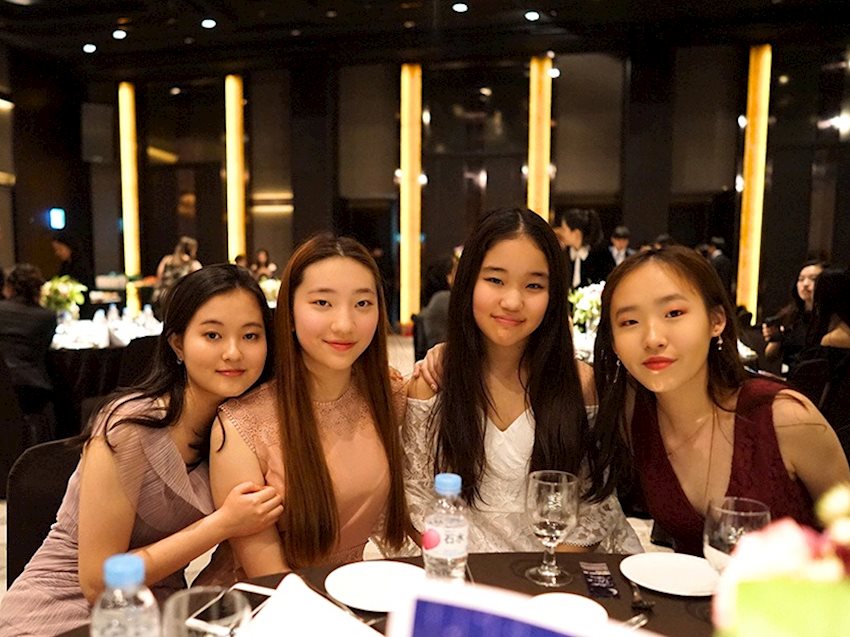 HS Community Spends Night Under the Stars
On February 22, the High School Student Council hosted its... 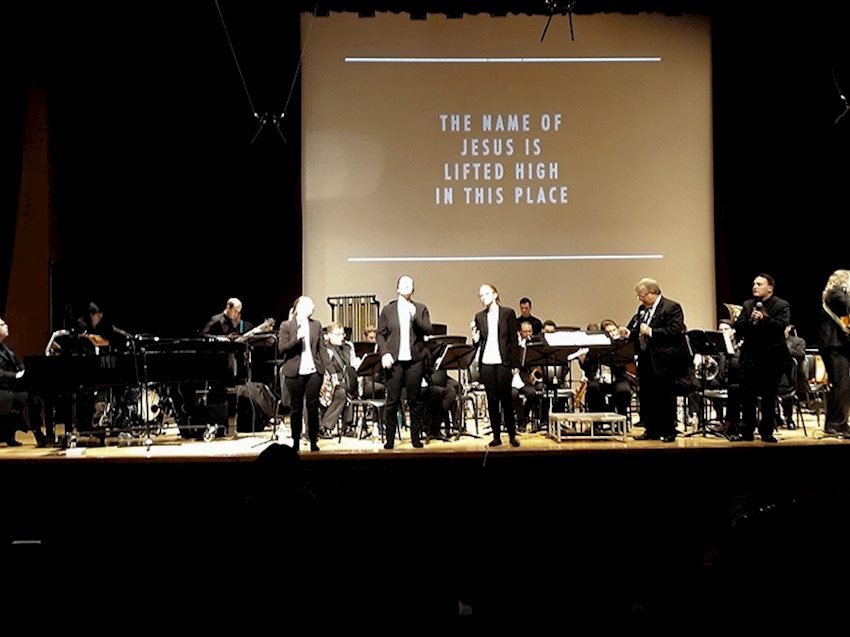 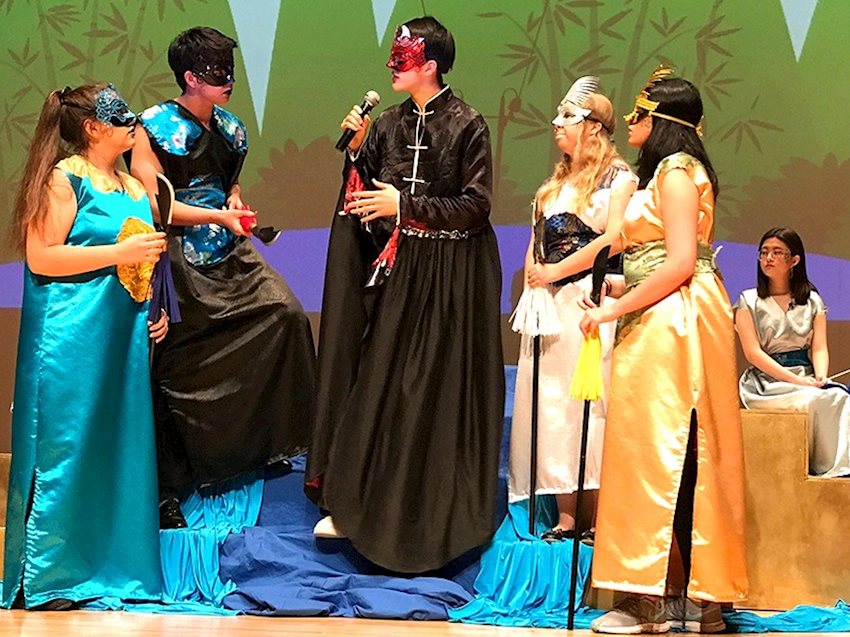