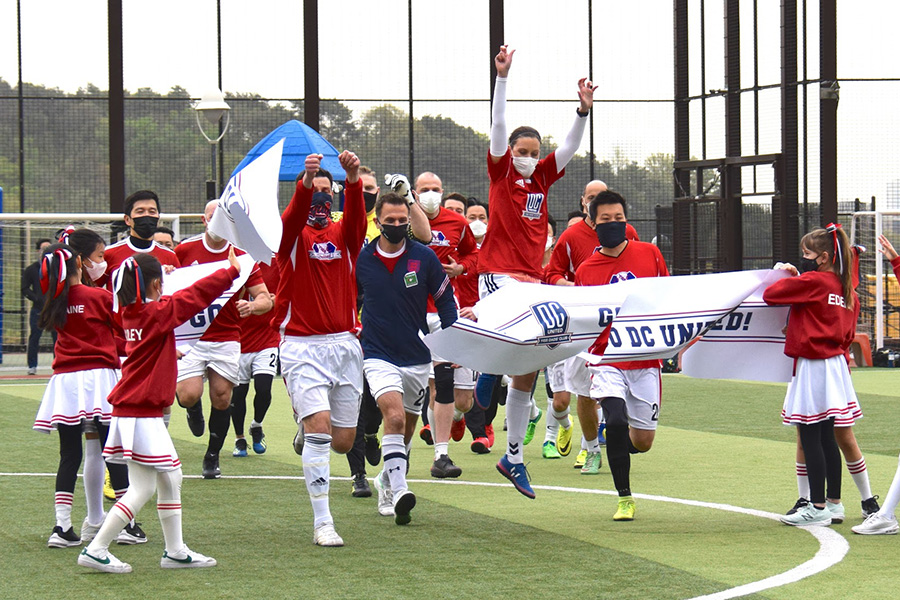 The 13th Annual Turkey Bowl, a soccer match which pits the Dads’ Club United against the YISS teachers and staff, took place on Saturday, April 17 after being postponed in the fall. A limited crowd of spectators, due to COVID-19, were on hand to cheer on both teams. The match consisted of three 30-minute periods, and both squads fielded robust rosters with many new faces, which led to an intense back-and-forth match. 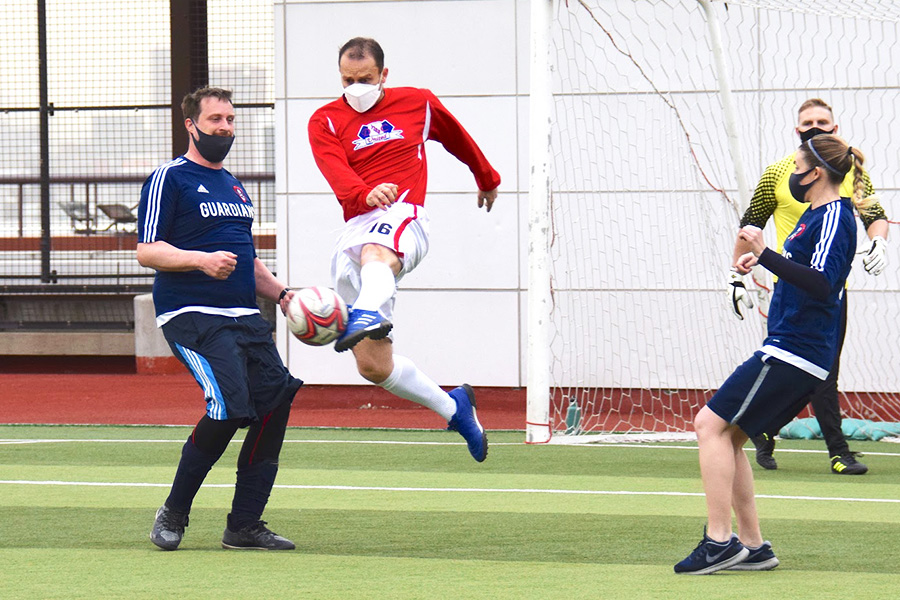 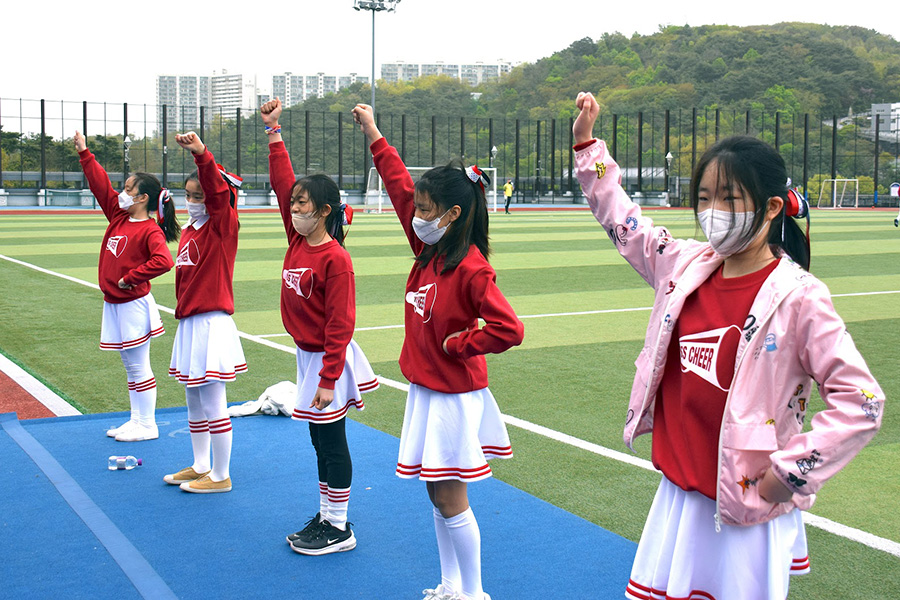 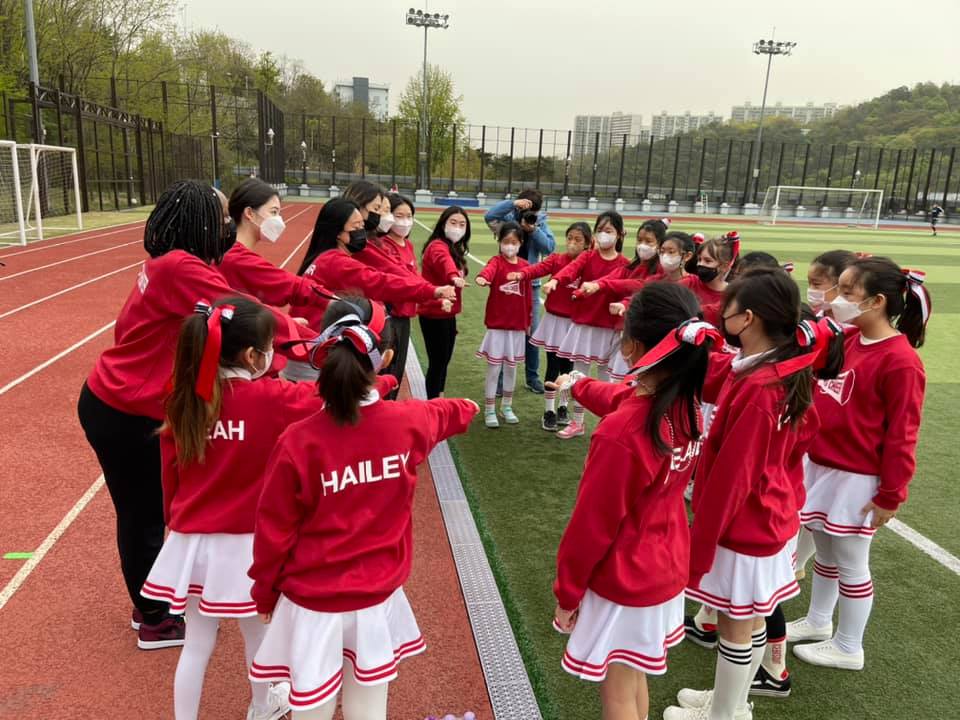 After team introductions were announced by MCs ES Assistant Principal Mr. Steve Carpenter and Chief Academic Officer Dr. Esther Myong and an opening prayer was given by Headmaster Dr. George Zickefoose, the game was underway. The first period saw both teams with multiple chances, but no one was able to put the ball in the net resulting in a 0-0 tie. The first intermission provided time for the elementary cheerleaders to entertain the spectators, and the MCs to call out the first round of raffle prize winners. 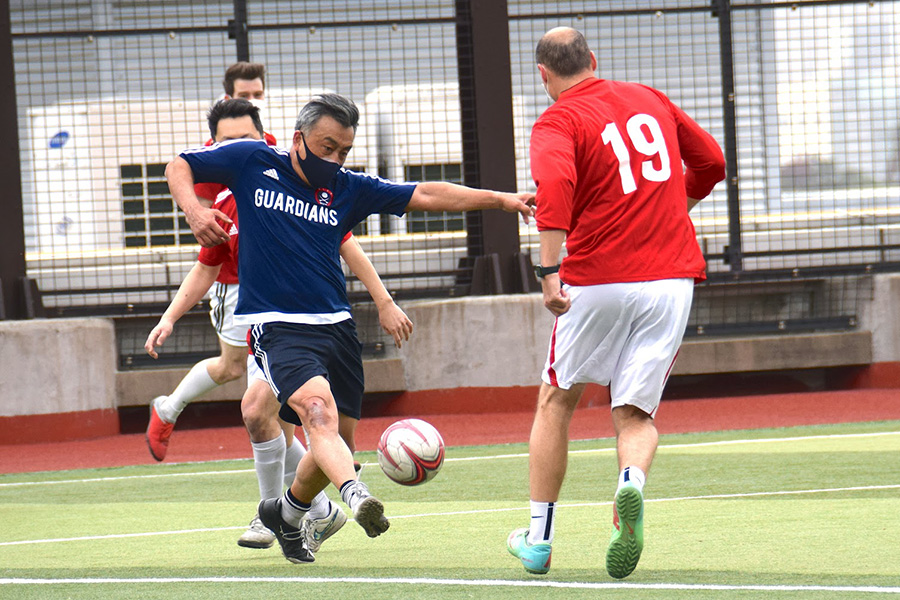 The second period brought fresh legs for both teams, and the tight match continued until midway through the period when the DC United team was finally able to find the net and take a 1-0 lead. The YISS staff team was soon able to respond to tie the game at 1-1. The staff team took the lead on a terrific header goal off of a corner kick to make the score 2-1 at the second break in play. 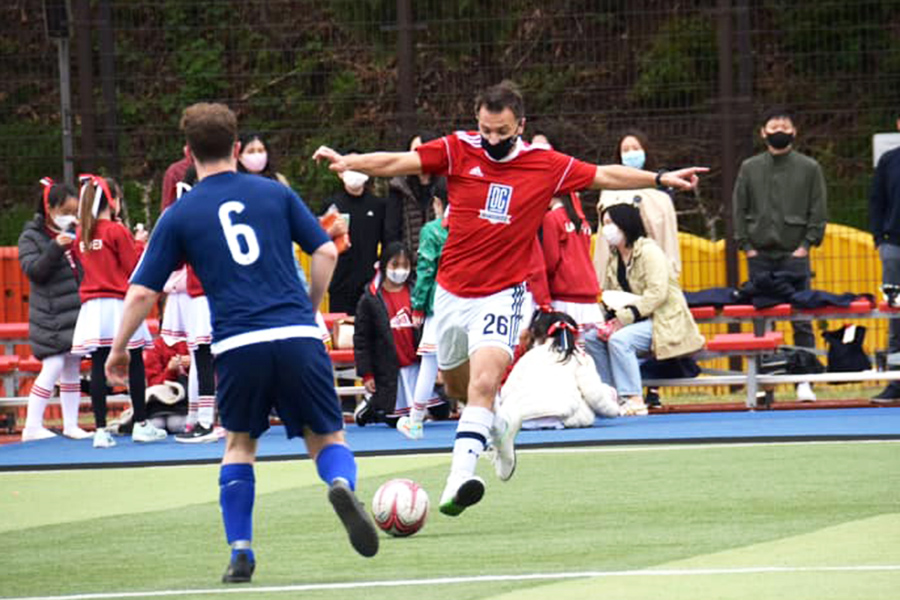 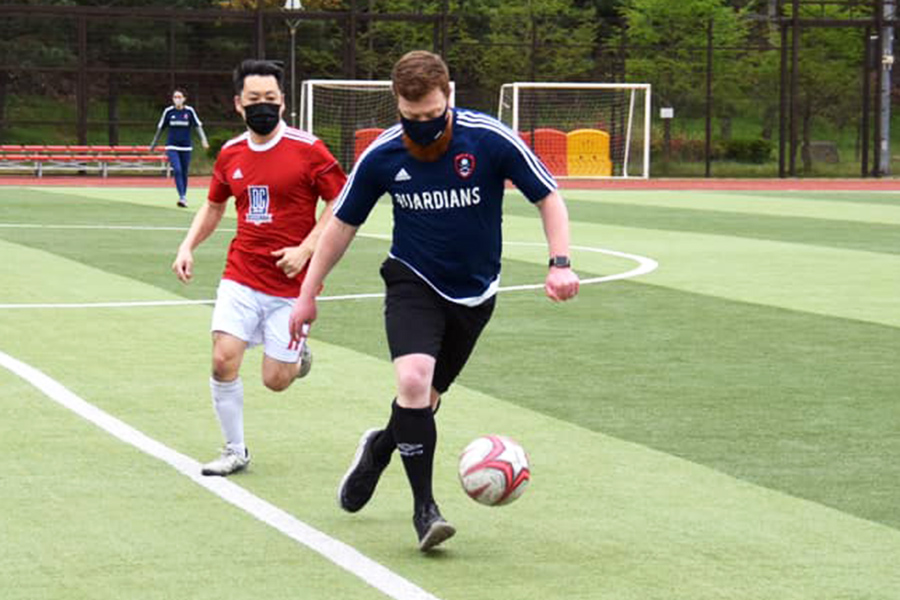 The second intermission allowed for another round of raffle prizes and another inspiring performance by the ES cheerleaders. Midway through the third period, the DC United team was able to pull even, 2-2, on a header goal of their own from a beautiful free-kick. They struck again a few minutes later to make the score 3-2, DC United. It looked like they might be able to hold onto that lead over the tense final minutes, but the staff team was able to score on a rebound goal set up by a corner kick scramble to tie the game 3-3 with under a minute remaining. The final whistle sounded just moments later with the score tied. After some confusion about what to do with the tie, it was decided to go ahead with a penalty kick shoot-out. In fitting with the theme of the day, the shootout was another close, intense affair that the DC United team was able to squeeze out a 4-3 victory. 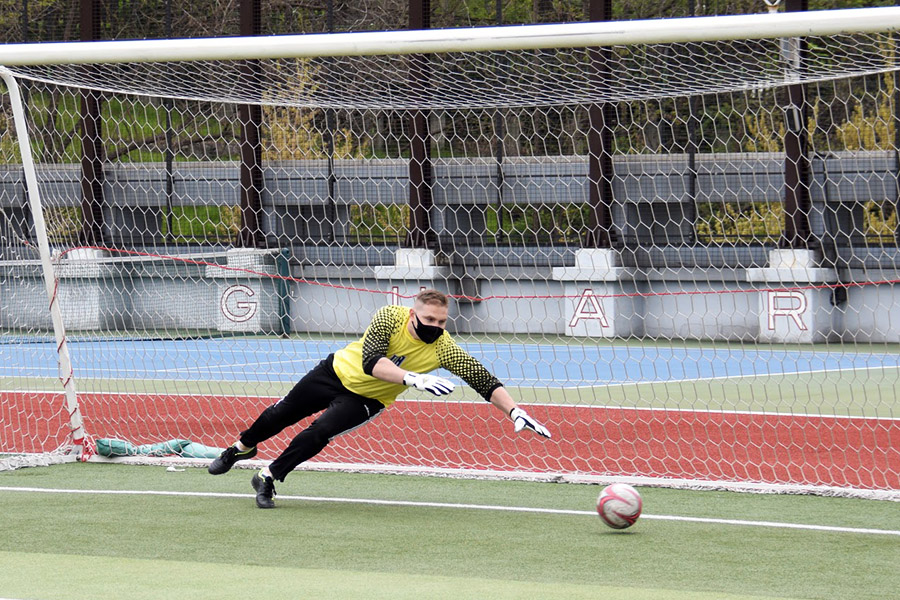 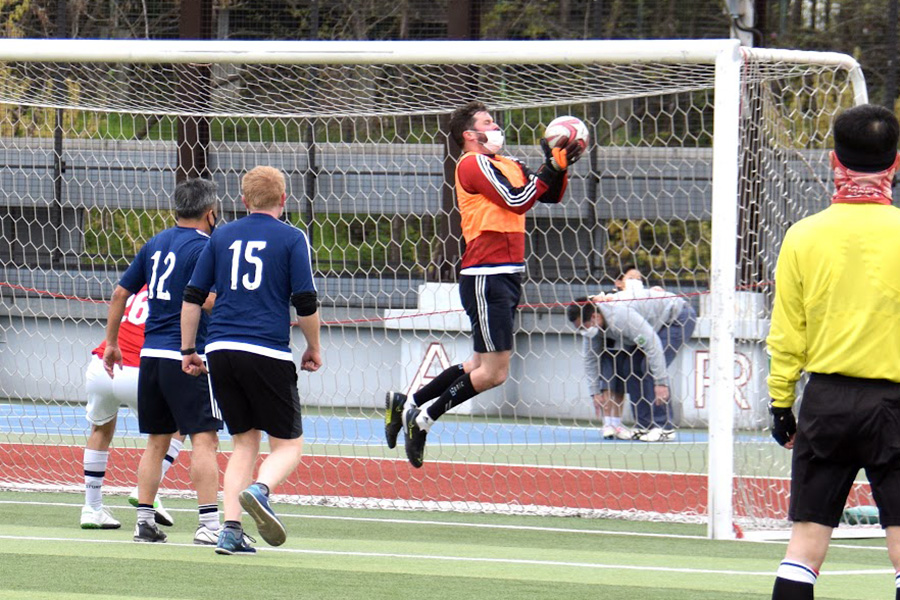 After the game, players from both teams came together at midfield for photographs, fist bumps, and friendly exchanges. It was a great day and a wonderful opportunity for the YISS community to join together in the nice spring weather while enjoying the fellowship of friendly competition. 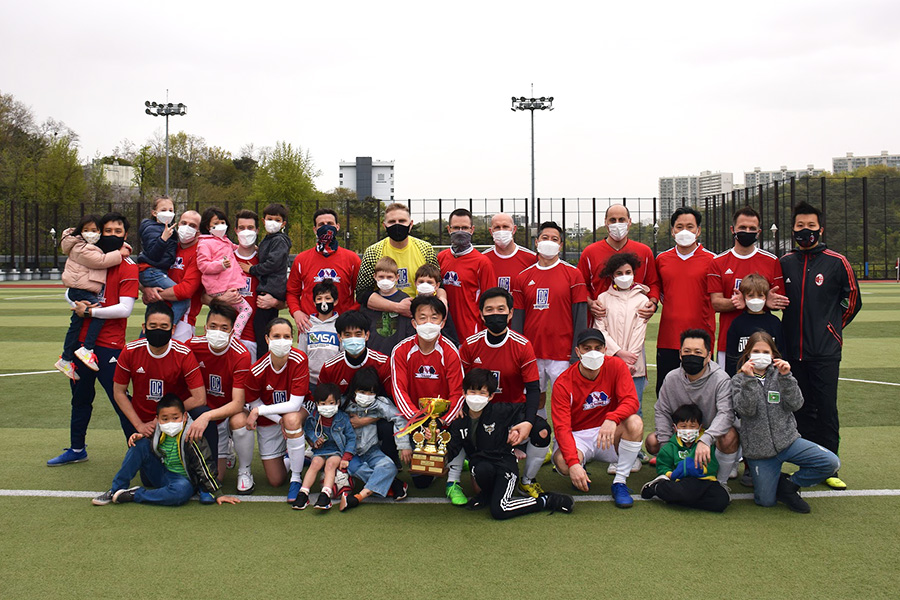 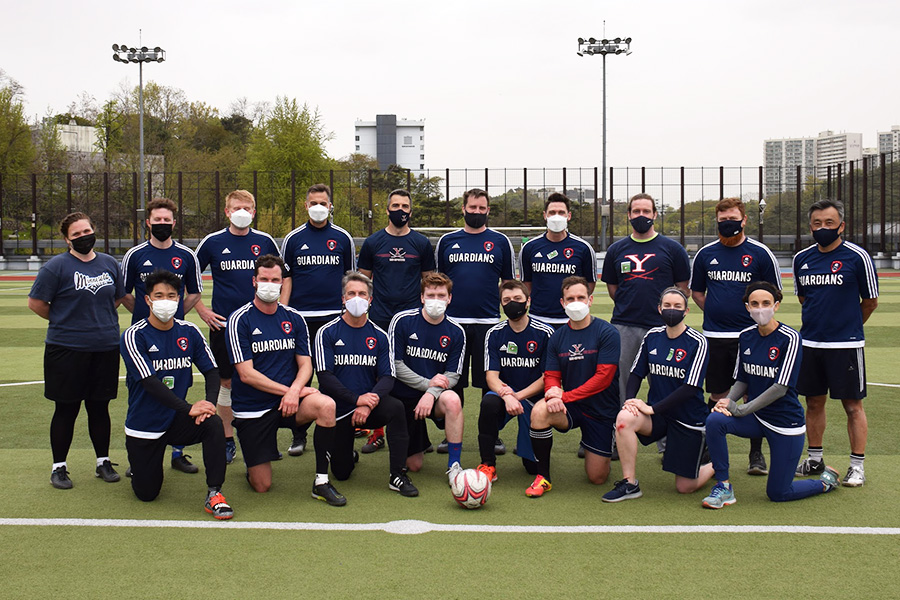