During the 3rd quarter, our Spanish classes were full of creative projects and activities that used movement and visual aids to help with memory.

In 6th grade Spanish, the students practiced giving commands and using words for direction by playing a traditional game called La Liga. Students took turns stretching rubber bands between their ankles and giving commands to their classmates to go “inside,” “outside,” and “on top” of the bands. They also stood in a big circle and followed “Simon Says” style commands about which direction to move. 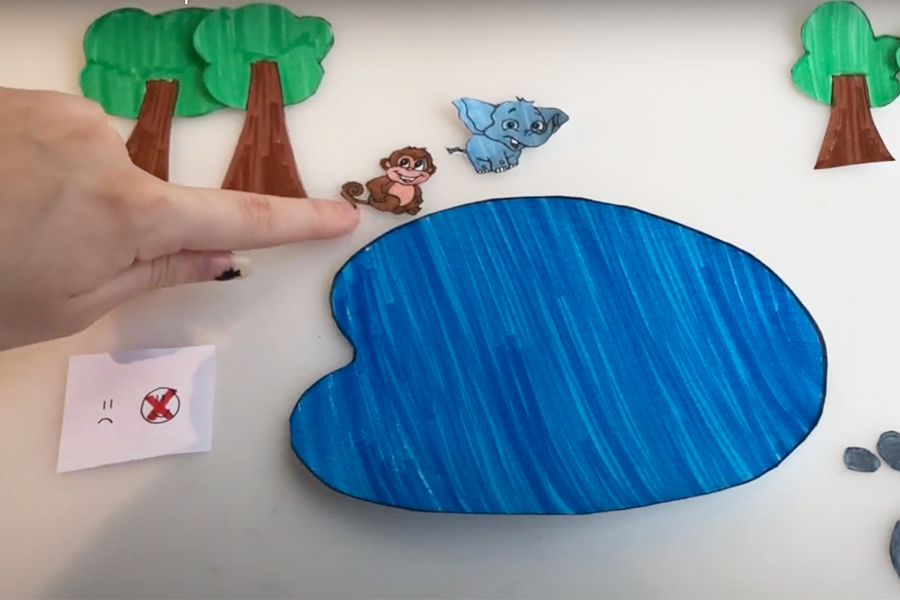 In 7th grade Spanish, students read a chapter book called Edi el elefante that includes many high-frequency structures, meaning the most frequently used words in Spanish. After that, students adapted the story and recorded a video telling it with paper figures. 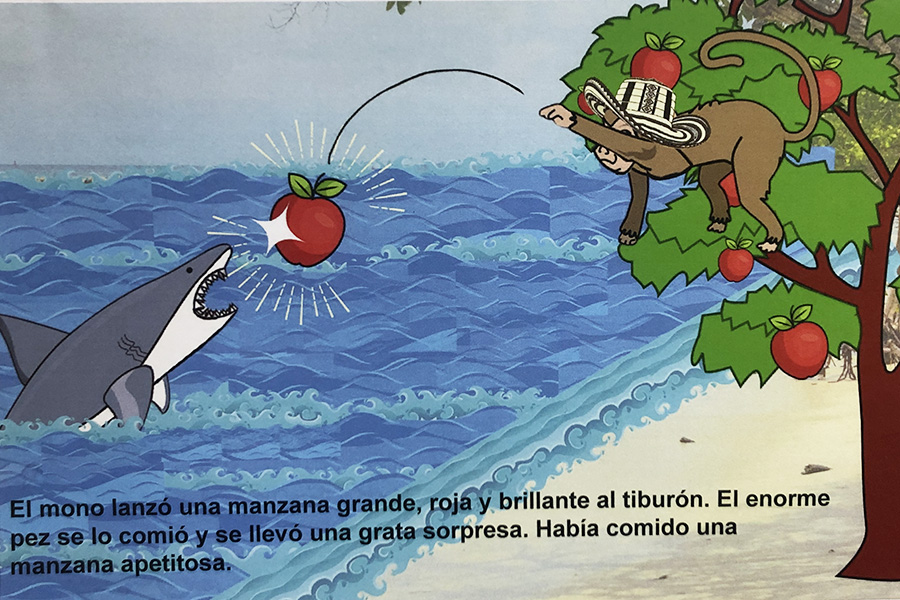 Using the Comprehensible Input Method (CI) for learning languages, high school Spanish students worked through a unit on narration. Students touched on past, present, and future verb tenses by listening to and reading various stories. In one of the lessons, students listened to a Colombian folk tale,  “El Mono y Tiburón,” read by the teacher. While listening, they take notes using a graphic organizer and then discuss and answer questions when the story is finished. After reviewing the story several times, students are tasked with re-telling the story in their own words, using the target grammar and vocabulary.